Barrie has historic roots dating back over 200 years as a war route, a transportation hub, and a natural resource economy. Way back then it was the beginning of the Nine Mile Portage. This link provided Canada’s 1st nations people with a shore to rest on before their long portage trip.

During the war in 1812, this area became a detour, allowing British supplies and troops to bypass United States army on their way to northern Canada’s military bases.

The first streets were named after British officers Collier, Bayfield, Owen and Poyntz. These streets, establish much of present day Downtown Barrie.

The extension of the railway to include the Town of Barrie in 1867 allowed the town to expand its transportation, agriculture and natural resources industries.

Downtown Barrie experienced many fires between 1870 and 1880. One fire destroyed the entire North side of Dunlop Street from Bayfield to Owen.

Since many of these buildings were wood-frame construction, a bill was enacted prohibiting construction of wooden-sided buildings downtown. The brick streetscape of solid buildings was erected after this devastating fire and some remain until this day.

The construction of these buildings turned Barrie into a town, complete with a commercial centre. One of the most famous landmarks in Barrie, the Five Points intersection, was named as such in the 1870′s.

Within the City of Barrie, residential sales activity numbered 367 units in July 2020. This was a massive increase of 63.8% on a year-over-year basis. 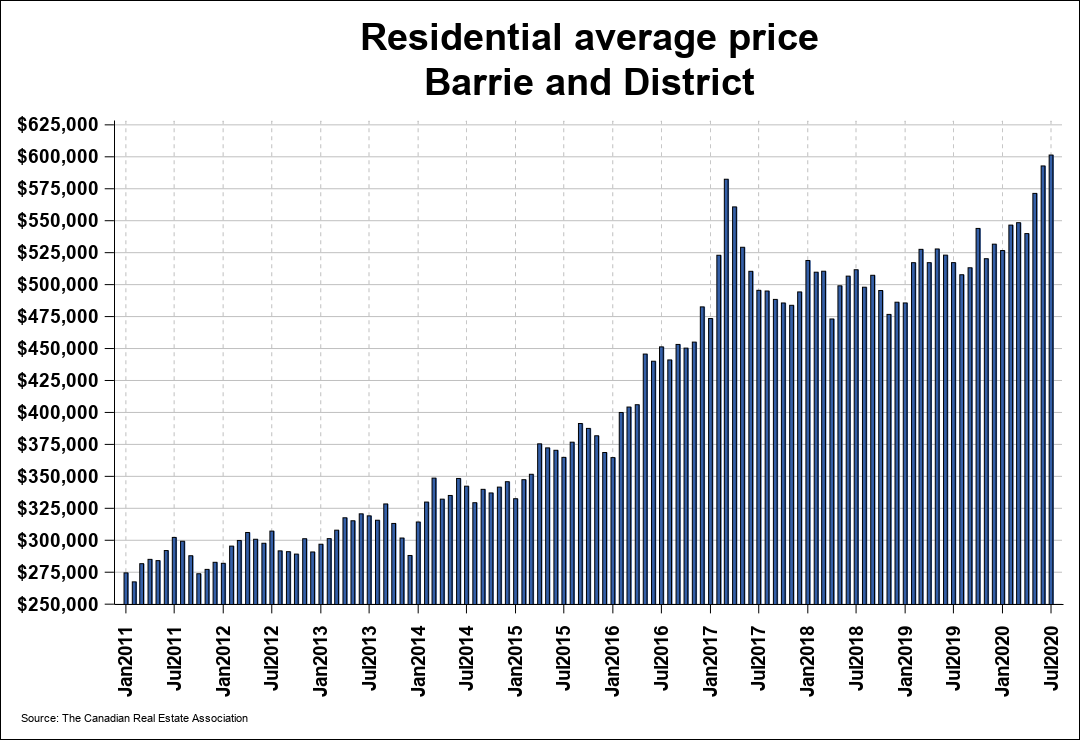 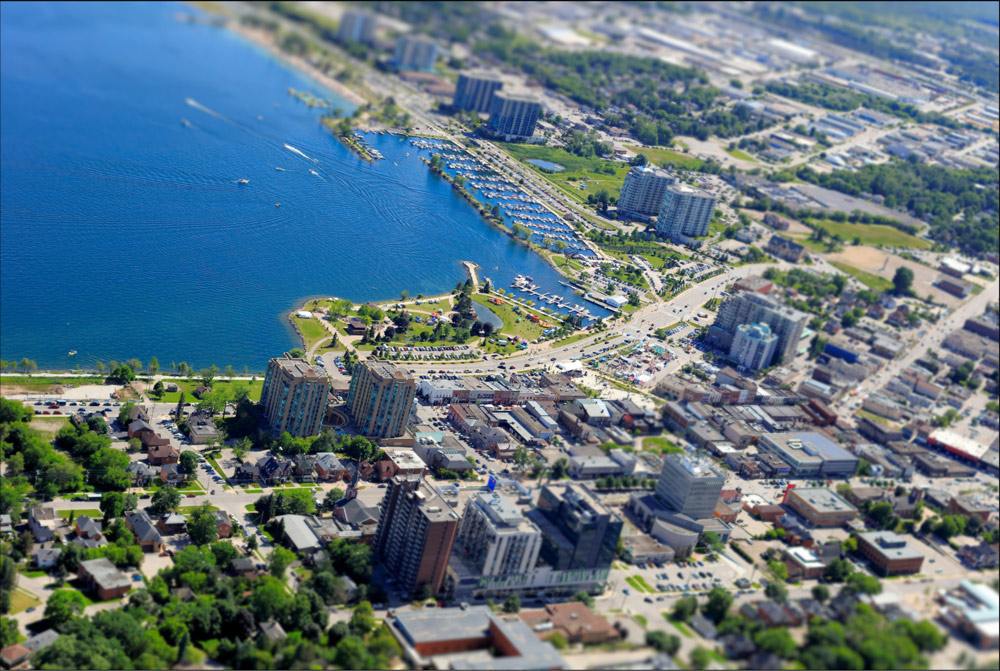 ready to buy or sell?

A Real Estate Agent You Can Rely On.